The Dirt on Real Organic Farming

Farmers and consumers throughout the United States and beyond are pushing to create transparency in a very disjointed food system. Members of the Real Organic Project are working to take important steps for advancement, to hold each other accountable and to discuss the issues at depth.

Passionate voices are at the heart of the Real Organic Project. This farmer-led movement was created to distinguish soil-grown and pasture-raised products under the USDA organic program. These farmers care about the agricultural systems and are working hard to restore the integrity of the organic program. The term organic has been misused by advertisers, lobbyists and big agricultural corporations resulting in the watering down of the organic label and consumer confusion.

Organic farming has always been based on a “feed the soil, not the plant” philosophy. Real organic farming encompasses more than the absence or presence of pesticides. It combines actively building soil health and maintaining biodiversity which impacts more than our food; it also impacts the environment.

Real organic farming relies on the microbial activity of the soil to slowly release nutrients to the plant. Growing in soil is part of the original USDA Organic Standards. However, in recent years, many organic farmers have grown distraught over USDA decisions that have negated this fundamental truth and allowed soilless hydroponic farming to be sold under the same organic label. Further, rules have been overlooked regarding the proper care of grazing animals resulting in cruel and unhealthy circumstances.

Unlike the USDA that charges thousands of dollars to certify farms, the Real Organic Project doesn’t charge farmers for certification. Those who participated in their January symposium with over 50 prominent organic farmers, scientists, and climate activists, not only expanded their overall food horizons, but allowed other farmers who adhere to these superior standards to qualify for their Real Organic Project certification. The ROP label indicates the food is at the highest standards of “real organic.”

To learn more about this proactive organization, visit RealOrganicProject.org.

4:00pm · The Center for Anti-Aging Aesthetic and Rejuvenation Medicine
25

Meet and Greet with Dr Smith 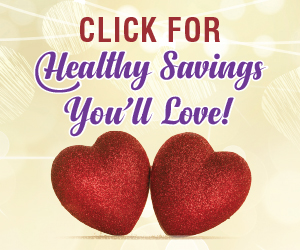