Medical marijuana has been legal in Florida since 2016. The complexity of this topic causes confusion and misperceptions about what it is, why people need it, how it works and who can get the range of products available at dispensaries. Natural Awakenings reached out to a variety of local professionals to get some clarity on the medical marijuana system in Florida and will cover this in-depth over the next few months.

Marijuana refers to the leaves, flowers, stems and seeds of the hemp plant, Cannabis sativa. The plant contains natural chemicals similar to chemicals made by the human body. A deficiency of these chemicals, called endocannabinoids, can be problematic because our naturally produced endocannabinoids help regulate chemicals in the brain, nervous system and immune system. Like any natural substance in the body, it may need supplementation to bring the body into balance.

“Clinical Endocannabinoid Deficiency Syndrome, defined as a medical condition in 2003, refers to when someone is actually low on their natural production of endocannabinoids, leading to disease processes and symptoms. Plants make very similar chemicals called phytocannabinoids, for example CBD and THC, which can be used as a natural supplement replacement to address a true illness.” says Jessica McCain, MD, of Southern Comfort Marijuana Clinic in Port St. Lucie.

“The endocannabinoid system in our body maintains homeostasis in our body, which has to do with sleep, appetite, memory, mood… basically, this system balances the body,” says Alita Sikora, MD, of Sikora Integrative Medicine in Vero Beach. 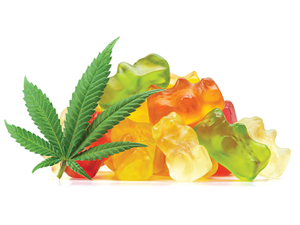 There are at least 400 different chemicals, called cannabinoids, in the marijuana plant. Each has a different effect on the body.

There are at least 400 different chemicals, called cannabinoids, in the marijuana plant. Each has a different effect on the body. The two most known are CBD and THC. These can be combined in myriad ways for different conditions and work differently for everyone.

“THC is the psychoactive component. Of those 400 chemicals, that's the one that is going to cause the euphoria. Most of those other molecules in the plant do not have those effects,” says Dr. Sikora.

“CBD is an antidote to the high,” says Dr. McCain, explaining that it actually negates the psychoactive effects of THC.

Within the human endocannabinoid system, there are two receptors, referred to as CB1 and CB2. These receptors bind perfectly with the cannabinoids in marijuana. “CB1 receptors are primarily found in the brain. THC most often binds to these receptors,” says Melissa Dean, MD, at Dean Wellness Institute in Vero Beach. Products with higher THC levels are often selected for conditions such as chronic pain or insomnia.

CB2 receptors are found throughout the body and CBD binds primarily to these receptors. CBD is a good choice for those with inflammatory processes and auto-immune diseases.

But it’s complicated. There are other types of receptors throughout the body, from the brain to the colon.

“This is not a one size fits all treatment method. Each patients metabolizes medical marijuana differently,” says Dr. Dean.

In addition, CBD and THC are only two of the chemicals that can influence the human body. “You might hear about Delta eight THC, CBG, CBN. These are all different cannabinoids that all are part of the plant and all work in that endocannabinoid system,” says Dr. Sikora.

While complex, medical marijuana has very few health risks, although contraindications with other medications has not been well studied. “Overall, marijuana is much safer than opioids. You don't have the risk of overdose—people don't stop breathing, that kind of thing, with marijuana,” says Dr. Sikora.

“There is a withdrawal, similar to nicotine, when you stop using cannabis after you are using it regularly.  It typically passes in about three to seven days. Irritability, sleeplessness, anxiety and nausea are the most common symptoms,” says Rebecca Hunton, MD, Medical Director at Radiantly Healthy MD in Indialantic. 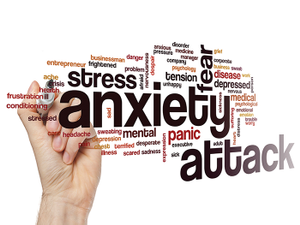 Around the world, the most common reasons cannabis is used are for pain, anxiety and depression and insomnia.

Around the world, the most common reasons cannabis is used are for pain, anxiety and depression, and insomnia. “The state of Florida has a set of approved medical conditions where you're considered kind of automatically qualified for cannabis…if you have a seizure disorder, glaucoma, Crohn's disease, ALS, cancer, multiple sclerosis, Parkinson's, PTSD, HIV,” says Dr. McCain. The state also gives specific cannabis physicians the ability to recommend cannabis for similar conditions.

“It is another tool in the toolbox. It is helpful to have more than one strategy,” says Dr. Hunton. “Natural products, meditation, energy medicine, physical activity, pharmaceuticals…we recommend and utilize all and focus on what works best for the patient. When the patient is still suffering despite the other modalities, it gives us another option.”

If a condition “affects the quality of your life and reduces strength, whether that's physical or mental fortitude, then you're probably a good candidate for cannabis,” says Dr. McCain. “As long as you've been counseled about those traditional therapies, or if you've at least tried something in the past and you're not getting the adequate control.”

Because it’s called “medical” marijuana, many people presume that a prescription is given out. “Doctors don’t ‘prescribe’, they certify. A certified patient gets a card and ID number that they use when they go to a dispensary. There is a state database; and the dispensary will look the person up,” says Dr. Hunton.

Experts at the dispensaries help patients pick out the products according to the maximum daily dose certified by the doctor.

Products to deliver medical marijuana are almost as numerous as the formulations of cannabinoids. Patients may choose from things to eat or smoke, topical products, sublingual oils and more. “Different strains and blends can impact different people very differently. It can take a lot of trial and error at the dispensaries to find the right option,” says Dr. Hunton.

“Patients should consider what symptoms they are looking to treat and their lifestyle. Someone who suffers from acute panic attacks may greatly benefit from having a vaporizer on hand, as that is usually the fastest delivery method. This allows the patient to gain control of that panic attack quickly. Someone who is suffering from a targeted pain in their body is probably going to benefit the most from using a topical cream,” says Dr. Dean.

“This is super, super individualized to the point where we really give you a lot of education when you come to our clinic – to understand that treating this like a medication, there is a method of how you take it in, there's a dosing protocol. And there's a selection of the formulations that are just exponential options,” says Dr. McCain.

Hear more from these doctors in our Natural Inspiration Podcast interviews: How Medical Marijuana Can Help the Body [Video Podcast] - Episode 44

Take a peek into the world of medical marijuana. If you think you might benefit from cannabis, this podcast is a great introduction. Discover what conditions are well-suited for cannabis ... Read More »

Dr. Alita Sikora shares why medical marijuana can be a helpful option for addressing pain, insomnia, anxiety and much more. Read More » Dr. Melissa Dean, MD of Dean Wellness Institute shares that prevention is the best medicine. Even though we live in Florida's paradise most of us are still vitamin D deficient. Find out t... Read More »

Pick Your Own Sale Day 20% OFF

10:00am · institutodesaludnatural.net
View All Add Your Event